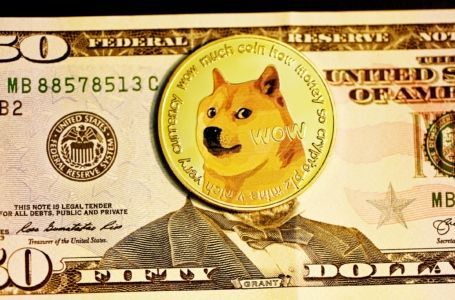 Smart Contracts and their use

A week ago I wrote about technology, or actually about the method of organizing Blockchain databases, on which the world went crazy. Earlier I discussed the differences between Bitcoin and Blockchain. Now a few words about another fashionable concept from the technology industry – Smart Contracts (Intelligent Contracts). They are a sign of progress that is made in blockchain technology, consisting in the transition from the financial transactions protocol to the universal tool, which can implement contracts in an automated manner, minimizing the risk of errors and manipulation.

Why they are gaining popularity

The advantage of Smart Contracts over traditional contracts is revealed in simplicity, speed of performance and update in real time. They are also able to eliminate centralized entities and other intermediaries who often contribute to an increase in risk. Intelligent contracts are characterized by autonomy and accuracy of self -fulfillment, thanks to which there are no delays in the performance of the agreed terms of the contracts. The use of blockchain ensures transparency, safety and certainty of the performance of the contract.

In short, smart contracts are better than traditional contracts, because they save time and money.

According to the latest research of the Accenture consulting company, only investment banks themselves could save up to $ 12 billion per year on the introduction of Blockchain and Smart Contracts technology.

In turn, McKinsey assesses in his report that by 2021 the so -called. The material influence of blockchain on the financial sector, i.e. savings and benefits achieved in this sector will be worth $ 80-110 billion.

As we know, blockchain is a distributed transaction register. This is a network of computers with an identical copy of the database, changing the provisions in it based on the consensus mechanism and cryptographic rules. Does not require authorization or medical mediation of the administrator or server. Is a technological ground for cryptocurrencies such as Bitcoin or the second in terms of popularity in the world, Ether.

Bitcoin was introduced in 2009 for online payments without having to confirm the transaction by intermediaries. He dominates the cryptocurrency field, and his course has been growing for several months and has now reached the historical maximum – $ 20,000.

Ethereum is also a cryptocurrency project (the current Ether Ether rate oscillates around $ 700), although the blockchain technology used here has much greater possibilities and serves primarily so-called. intelligent contracts, i.e. performing automated actions according to the principles set out in the contract. Ethereum is a platform and engine for applications that can be started without the need to participate in a trusted third page (intermediary or central server). The author of the idea of Smart Contracts is an IT specialist and security specialist in the network – Nicknamed. For the first time he described this idea in 1993 on the occasion of vending machines and snacks.

Smart Contract is a short computer program stored in the blockchain network. Defines the conditions that all parties to use the contract agree. If specific conditions are met, specific actions are performed (if X performs Y, perform activities with). Since the Smart Contract is stored on every computer in a distributed network, it must be made on each one and must give the same result on each. Thanks to this, users are sure that the result is correct.

To illustrate, let’s use the already mentioned example of a drinking machine. If on a hot day you want to quench your thirst, you need to perform activities in a set order, i.e. you need to meet the conditions on which the machine will sell you the desired product, and thus press the appropriate button or enter the drink code and pay the fee, then the machine will give you a chilled can. Quick and comfortable, and in the standardized, repetitive way.

Another example – Sending a party of goods to a well -known contractor, Artur. You know him and you trust him, but the driver Andrzej, who is to provide the parcel, is not known to you. The driver may also be afraid that you will not pay him for the service rendered. So you sign a contract with Andrzej, which states that you will pay him when the delivery is completed. Usually, many participants are involved in such a simple process, including representatives of external companies, contracts on paper or scans, printing, signing, verification, payments, etc. This process can be simplified by means of an intelligent contract, defining the rules in it and determining that the transfer for shipping arises on the day of loading and is transferred for implementation at the time of confirmation of the delivery by Artur. The intelligent agreement automatically transfers payment to Andrzej’s account. When the GPS transmitter is attached to the palette with the parcel, the script will automatically send a transfer to the logistics company at the time of receiving a signal from the transmitter from Artur’s headquarters.

Blockchain and Smart Contracts technology open many possibilities for decentralized companies and eliminate the need to participate in third parties.

There are many startups on them, and large enterprises test them in closed networks to be able to cooperate directly, without intermediaries. At the beginning of the road that can lead to serious changes in many areas.

E.g. The natural growth of the banking sector, as well as the increase in transparency for the whole financial world, shines the pilot Massive Autonomous Distribution Reconciliation (Madrec). The joint initiative of UBS, Barclays, Credit Suisse, KBC, Six and Thomson Reuters aim to simplify the process of confirming the data on contractors. In other words, Blockchain Ethereum would check that the transaction pages are a credit risk. Currently, this process requires expensive intermediaries and results in higher fees for customers.

E-commerce entities can use cryptocurrencies for payment, which eliminates the need to use intermediaries. They can also use intelligent contracts for automating orders, especially for digital goods. The Chinese giant of e-commerce Alibaba uses blockchain to eliminate fakes on its platform.

It is also planned to use blockchain and cryptocurrencies for tax purposes (e.g. Vatcoin), in healthcare (e.g. MedileDger Project for the pharmaceutical industry with the participation of M. in. Roche Group and Pfizer), in legal regulations (e.g. Transactions on the real estate market in the American state of Arizona) and in the relations of the company-sector (B2G).

On the impact of blockchain technology on the advertising industry – It is said that it will have such a large impact on the marketing that the Internet once had on it – I wrote here.

Certainly thanks to the implementation of blockchain and intelligent contracts, the world can gain a lot. But the introduction of such groundbreaking solutions, significantly changing the functioning of companies, organizations, and maybe even countries, requires very careful preparation and thoughtful, planned activities.