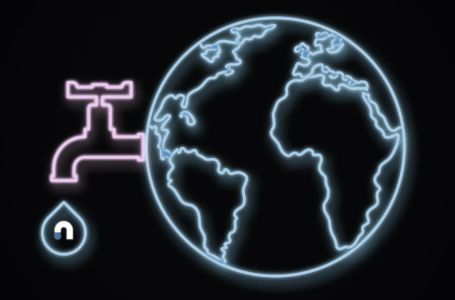 The most important data from the report „ Digital Payments 2017 ”

Report „ Digital payments 2017 ” is the second edition and at the same time a continuation of the report „ Digital Payments 2016 ” – The first such publications in Poland, which was a comprehensive view on electronic payments, as well as payments divided into online-mobile-offline. The publication managed to examine how many people buy and pay electronically, how much they buy and pay mobile, what are the most popular financial and transaction products, with what payment methods Poles buy on the Internet, from what forms of mobile payment they use. The new topic in the 2017 edition are payments with virtual currencies, i.e. so -called bitcoins.

The report was created in cooperation with the Chamber of Electronic Economy from Gomobi.pl. The basis of the report was a market research carried out by the CAWI (Computer-Assistered Web Interview) method. 2053 Internet users were collected. The data was collected on October 19-26, 2017. Below the most important data, conclusions and market trends.

Pay-By-Link with a result of 47% is the most popular online payment method. Mobile payments are growing very quickly – of 6. on 2. position and with a score of 33% came second this year. Payment by card on personal pickup at the courier with a score of 21% was in the ranking in seventh place. Considering that this is a novelty on the Polish market available only for a year, it can be seen immediately with the interest of consumers.

Declines on the side of personal computers and laptops are accompanied by increases in the participation of views on mobile devices and a greater number of activities that users perform on them. According to Gemius data, which are the standard of internet measurement in Poland in 2014, every tenth edition appeared on the phone screen, in 2016 every third, and in July 2017 the percentage of views on mobile devices was already 49%, exceeding the percentage of views on personal computers and laptops.

Despite the wide range of online financial and transaction products, Internet users are still paying cash for shopping on the Internet. In 2017, 16% of people replied that it happened to them more than 10 times in the last 6 months, and 19% declared the answer more than 5 times.

According to the study „ Digital Payments 2017 ” 25% of internet users in total indicate that they have done online shopping in stores outside Poland over the past year.

Just like the report „ Digital Payments 2017 ” The most popular Mobile payment form is payment based on one click, most often used in m-commerce (40% replies). In the next items, as in the previous ranking, there is prepaid (31%), Visa contactless payments or Mastercard with a smartphone (29%), payments using disposable codes, e.g. BLIK, IKO, IKASA (29%).

Android Pay, a novelty that appeared on the Polish market in mid -November last year, with a result of 23% jumped into the list on 5. place. The huge popularity of Android Pay comes from the fact that it is quickly implemented by both banks and retail and e-commerce.

The 5 most popular categories of bought mobile are: culture – books, albums, films, whether in physical or digital form (23%), tickets – e.g. to the cinema, for a concert, to the theater (22%), electronic equipment, including RTV / household appliances or computers and software (21%), children’s articles, including toys (19%), trips / travel (19%).

According to the report „ Digital Payments 2017 ” Cash in the country on the Vistula is still very popular. During the payment in a stationary store, 79% of surveyed Internet users choose it. But the payment using the card is chasing it very quickly. Just 11% less indications. Already 27% of people indicate that during the last 6 months they have paid in the store using the phone.

40% of respondents declared that they did not happen to do shopping in a stationary store in general, and 11% indicated that they no longer pay in cash in the store – chooses a card or payment with a smartphone.

Of all respondents covered by the 11% test, it happens to pay virtual currencies (Bitcoin, Litecoin, Ether, etc.).

The data shows that the most e-varieties were adopted among people aged 35-44 – Almost every fifth person from this group sometimes pays them (19%). Among young people under 18 years of age, e-waders pay 12%. The least paying in the oldest group of people over 54 years old (8%).

The so -called bitcoins are most often used for gambling and for the purchase of building materials.

In the report „ Digital payments 2017 ” There was also the issue of Cashless Society, i.e. a non -cash society.

In 2017. The percentage of opponents of withdrawing cash from circulation in Poland dropped from 64% to 49% (result in 2016). Interestingly, the same level of supporters of cash withdrawal (8%) remained at the same level. However, a group of people with a neutral position for this topic increased – Change from 28%to 43%.

The entire report „ Digital Payments 2017 ” it is available for download in this place.