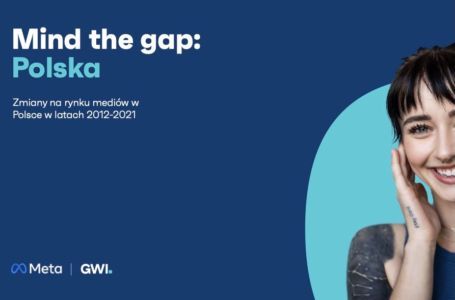 Facebook publishes a report „ Meet the Future” on the generation with

Experience and history show that individual generations have great causative power that has changed the face of the world over the years. It is no different now, when the generation of generation from. Already in the world people included in this group, i.e. under 25 years old, constitute more than 40% of the population. This means that the representatives of the generation are not only too numerous to ignore them – They are also the future. According to the Central Statistical Office, in Poland they already constitute over 20%, and their role in shaping the world is and will still be extremely important. It shows how important it is to understand their attitudes, motivation and needs. Zetki is the first generation in history, which is so strongly defined not through the prism of the age cohort, but above all by professed values, accompanying aspirations and a conducted lifestyle.

To better understand the needs of gene with and show how marketers can effectively implement campaigns, engaging representatives of this generation and responding to their needs, we have prepared the Meet The Future report. It introduces the way the generation uses social media, how it builds its groups and promotes close to them. This is important, especially considering the fact that the scale of their presence in social media is huge – as many as 94% of European representatives of the generation use Instagram at least once a week, and 60% do it to contact their communities through private messages.

In this report, we look at the changes taking place in the generation from the prism of identity, community, consumer behavior, mental health and activism, and we also discover how the gene with actively shapes the future of all of us. These areas have been supplemented with the experience of young artists and activists who are representatives of the generation with. Among them are: Karolina Dubiel – Founder of the Girls in Aerospace Foundation, Michał Kiwerski – Ecological activist, Bartosz Kloch – The creator, working for people with disabilities and Emma Szpura, saving urban pigeons and promoting knowledge about animal protection.

Polish representatives of the Z generation are very similar to their peers around the world. Like most of them, they also spent their whole life with access to the Internet, and the phone "on a cable" or once popular CDs are relics of the past for them. A breakthrough for their future – as once for Polish millennials was 1989 and the first democratic elections – was Poland's entrance to the European Union in 2004. Thanks to this, they grew up in Europe without borders, where no passports are needed and the restrictions are only mental. The world is open to them also because they are fighting their lives in two penetrating worlds – online and offline. Each of these worlds is important to them and allows them to self -realize, gives a sense of community, freedom and the ability to change reality. The Covid-19 pandemic explosion is for them the first serious crisis – 52% of European representatives of the generation are more interested in mental health and well -being, and 61% of them with activism and the implementation of social goals. Although mental health and social commitment were already important to them, now the representatives of the Z generation have shown it with doubled strength. This generation that works and aware of its meaning, feels responsibility for the future of the planet and expects the same from Marek – As many as 56% of representatives of the generation in Europe believe that companies should make public their position on social and political issues.

To understand even better what the generation like social media, what he is struggling with and what he values in the activities of brands, we have developed the Meet The Future report. We hope that it will be a valuable source of knowledge and inspiration for you in creating effective campaigns, engaging generation of and responding to its needs, as well as a signpost indicating the direction in which today's marketing should be aimed at communicating with representatives of the generation with.