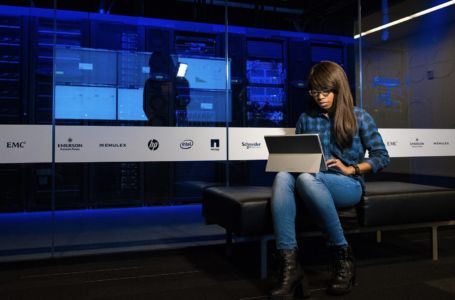 The new operating system is completely „ new ” A approach in terms of design, in the case of Apple products, we write „ new ” Because the so -called. Flat Design has been present on the platforms of other manufacturers for years, see Windows Metro/Phone/8.

For Apple, this is new and basically the need to strive for something that is currently widespread (popular in terms of quantity). We are a pity, because Apple was famous for innovative solutions, and others wanted them „ copy ”, this time the roles probably turned away.

As for the design, at the beginning, the start screen is devoid of the famous belt „ unlock ”. Instead of a belt graphics, we have a misleading inscription, and under it an arrow suggesting the unlocking of the screen „ Slidem ” up. Correct unlocking, i.e. slide to the side at any place in the screen, is an attempt to reference to android solutions.

The minimum size of the camera icon at the bottom of the screen is an uncomfortable solution through the size mismatched to the screen capabilities and the convenience of hitting the icon. 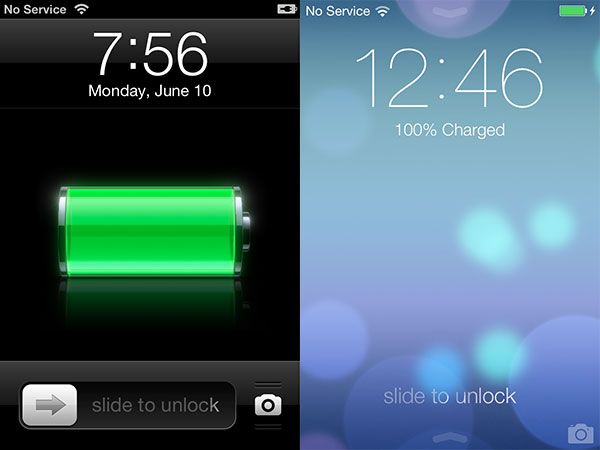 Next screen with fast access to the option. Here we come across a surprise from „ Blur (EM) ”, completely unnecessary, unnecessary just like in Windows Vista. On the same screen we have completely new icons of these functions, it looks like Wireframe/draft/functional design, not a target solution. 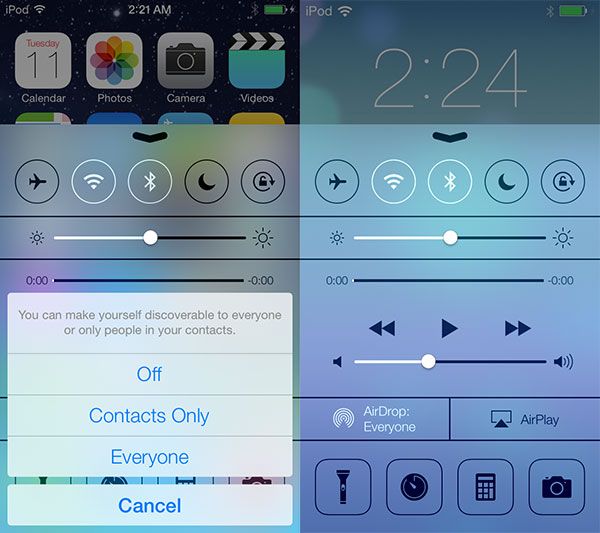 At the end it is not better – The icons of the main applications have also been „ flutling ”, also got new candy colors, and the style is inconsistent. 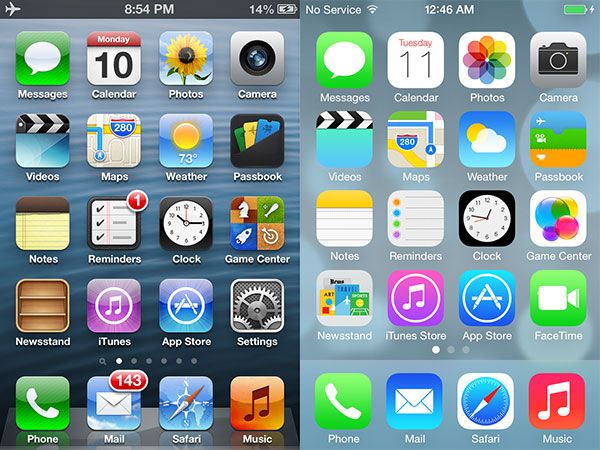 It is not always known what the button is, and what the header is. In addition, these constant borrowings, a bit of Android, a little with Windows Phone. You can also see a strong inspiration with applications and ideas of other independent developers, such as bookmarks in the new safari or weather application. Animations, showing and hiding windows. 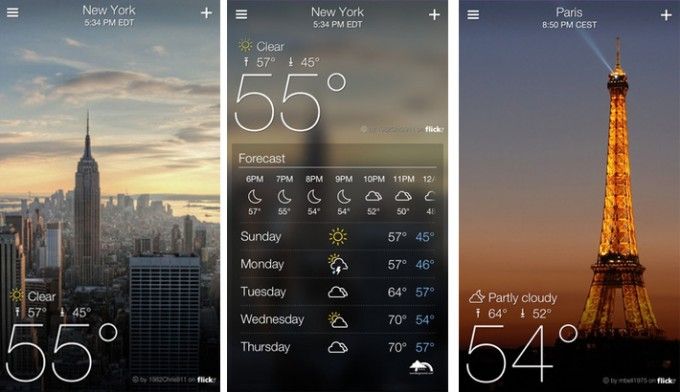 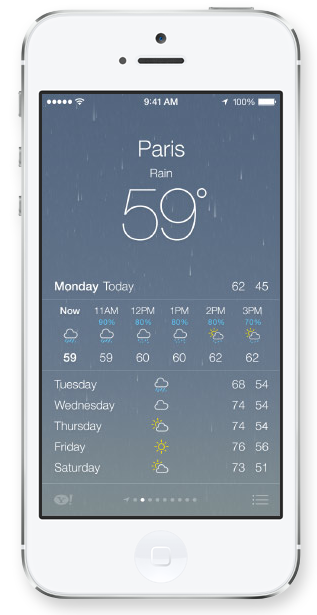 Apart from design issues – Because probably some people will sooner or later accept the new look – iOS 7 received several improvements. The notification center has been improved – On the plus side: it is sorted in the elements (widgets) that are there, but Blur under the app.

Photo gallery management options – on the plus side. e.g. Sorting photos according to dates, or an improved version of the camera application with filters and framing. 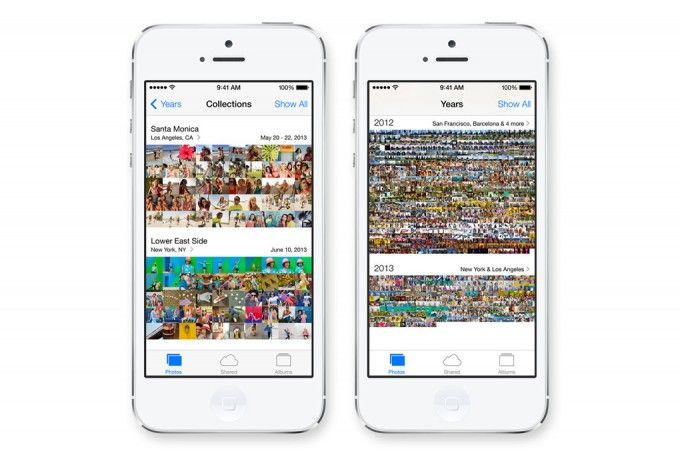 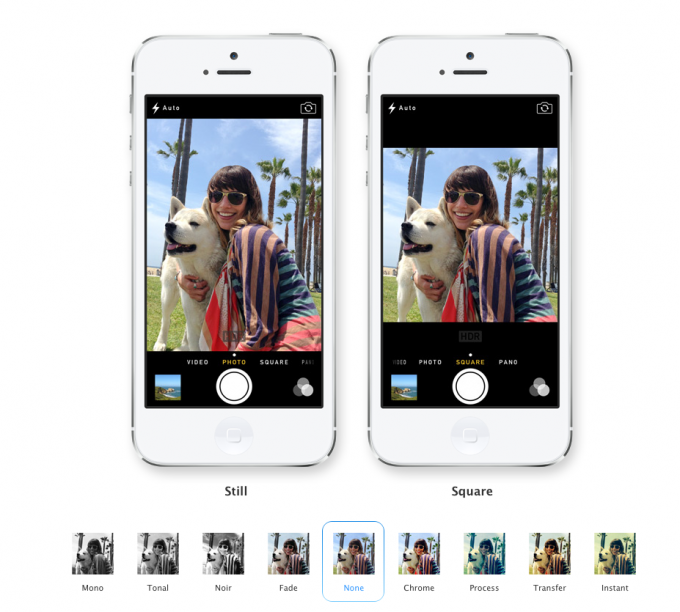 Completely new applications: Iradio (Spotify equivalent) with the possibility of buying a subscription, Airdrop for sharing e.g. photos, iCloud Keychain (something like the 1password application) and a few small settings in Safari, but again we have the impression that these things should be in Apple devices a long time ago. 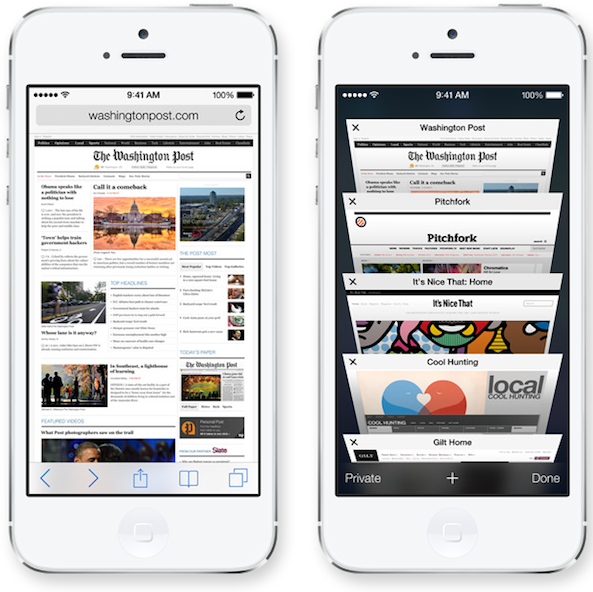 This is not a revolutionary system. Apple does not overtake any function of competitors, it barely keeps up. iOS 7 looks like iOS 6 for us.5.

The new iOS does not confirm the current users in the belief in the uniqueness of their devices. In our opinion, it is designed to attract users of other brands than Apple.

The Apple recipient audience group has already ceased to increase, which is currently visible from the results of the Apple campaign on the stock exchange. 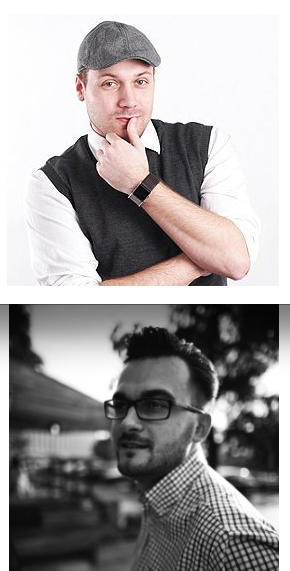 The authors of the entry are: Piotr Bajtała, Head of Mobile (Góra) and Tomasz Szymański, Business Development Leader at Ars Thanea. Ars Thanea is one of the leading creative agencies on the Polish market, and their desing is recognizable outside our country. They collaborated with the greatest champions of graphics and animations, including Disney ’ EM. Their game “Puzzle Craft” was awarded in 2012 in the “New Ways to Play” category in the annual summary for the best games and applications from the App Store.